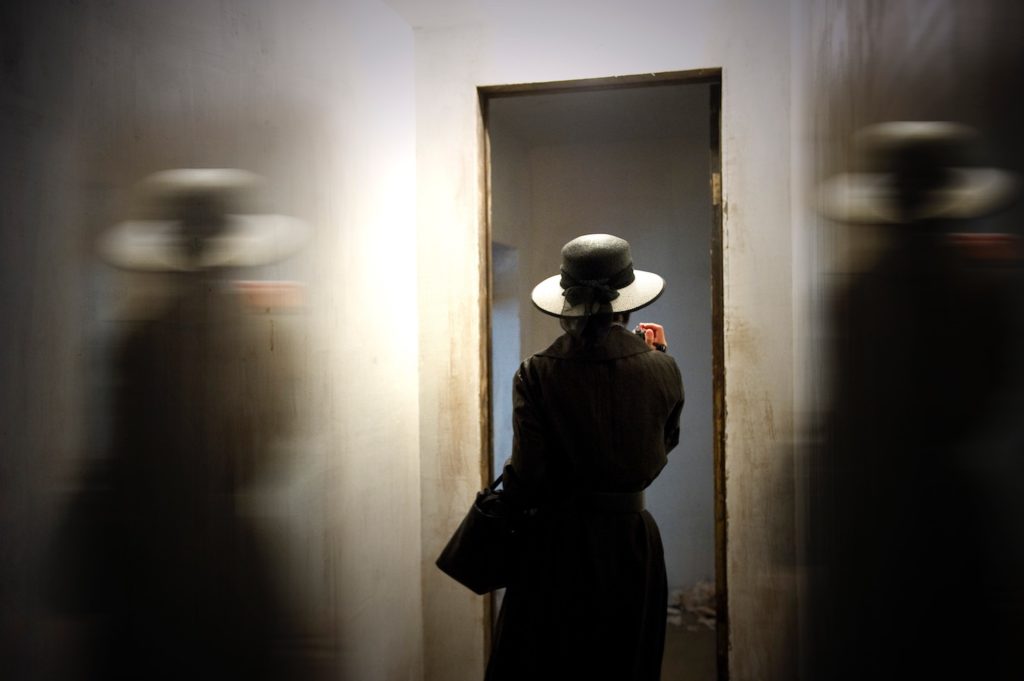 Before starting ChecklistDC, I helped form Geek Nite Out, a Meetup with over 10,000 members and boasting more than 20,000 events. No matter what kind of geek you were, a good ole’ spy event was irresistible. Keep reading for things to do in DC that include espionage history, spy technology, and security training to protect yourself.

Don’t Copy that Floppy! Chinese Theft of U.S. Military Technologies, 3:30-4:30pm at GWU Elliott School of International Affairs (1957 E St NW). Chinese military theft has long been an issue plaguing U.S.-Chinese relations. A recent example can be found in the J-20 stealth fighter which appears to be a knock-off of the U.S. F-35, and the Chinese copy of the U.S. Predator drone. There will be a 45-minute discussion and a 15-minute Q&A from the audience, moderated by OAS U.S. Foreign Policy Officer, Erik Grossman. FREE

Spy Schools: How Foreign Intelligence Secretly Exploit U.S. Universities, 4-5pm at Institute of World Politics (1521 16th St NW). Pulitzer Prize-winning journalist Daniel Golden will expose how academia has become the center of foreign and domestic espionage—and why that is troubling news for our nation’s security through his book Spy Schools: How The CIA, FBI, and Foreign Intelligence Secretly Exploit America’s Universities. FREE

Chinese Methods for Industrial Espionage, 4:30-5:30pm at Institute of World Politics (1521 16th St NW). Mr. Dopp will discuss two case studies, one historical and one current, that demonstrate the nature and methods utlilized by the Chinese Intelligence Services to conduct industrial espionage. FREE

“Double Agent Heinz Felfe Discovers America”: Dr. Bodo V. Hechelhammer, 6:30-8:30pm at Goethe-Institut (1990 K St NW). Dr. Bodo Hechelhammer, the Chief Historian of the German Federal Intelligence Service (BND), will give a presentation at the Goethe-Institut on his new book about the double agent, Heinz Felfe. In addition to his talk, he will show photos and documents from the BND archives of Felfe’s CIA-sponsored trip through America. FREE

Global Terrorism, Espionage and Cybersecurity Update, 12-1:30pm at International Spy Museum (800 F St NW). Be the first to learn the latest intelligence news! Join David Major, retired supervisory special agent of the FBI and former director of Counterintelligence and Security Programs at the NSC staff at the White House, for a briefing on the hottest intelligence and security issues, breaches, and penetrations. FREE

Introducing Chris Costa: The New Spy Museum Director, 6:30pm at International Spy Museum (800 F St NW). COL Christopher P. Costa (US Army, ret.) is the new Executive Director of the Spy Museum. He has done some things he can’t even tell you about, but this evening he’ll share what he can from an intense career in the intelligence community. $10

Top Secret – Espionage & Spying in Washington, DC – Guided Walking Tour, 10am-12pm at Bryce Park (2900 Wisconsin Ave NW). Your mission, if you choose to accept it, is to join us for a 2-hour spy-themed walking tour along historic Embassy Row. We’ll explore significant cases of espionage in our Nation’s history, from the Revolutionary War to present-day. $6.90

Japanese Industrial Espionage, American Decline, and the Political Economy, 6-8pm at German Historical Institute (1607 New Hampshire Ave NW). Refreshments will be served from 6:00 to 6:30 pm. In 1982, the FBI caught Hitachi spying on IBM’s technological secrets. This highly publicized scandal deeply resonated with rampant fears in the U.S. government about the dangers of “illegal technology transfer.” Indeed, since the Soviet Union also had embarked on a large-scale espionage campaign, the Hitachi case contributed to a growing sense that the United States was not only in decline but under siege. FREE

DC Grassroots Digital Security Training, 9am-5pm at Center for Community Change (1536 U Street NW). Washington, DC-area activists of color and allies: Learn how to protect yourself from surveillance at a digital security training! FREE