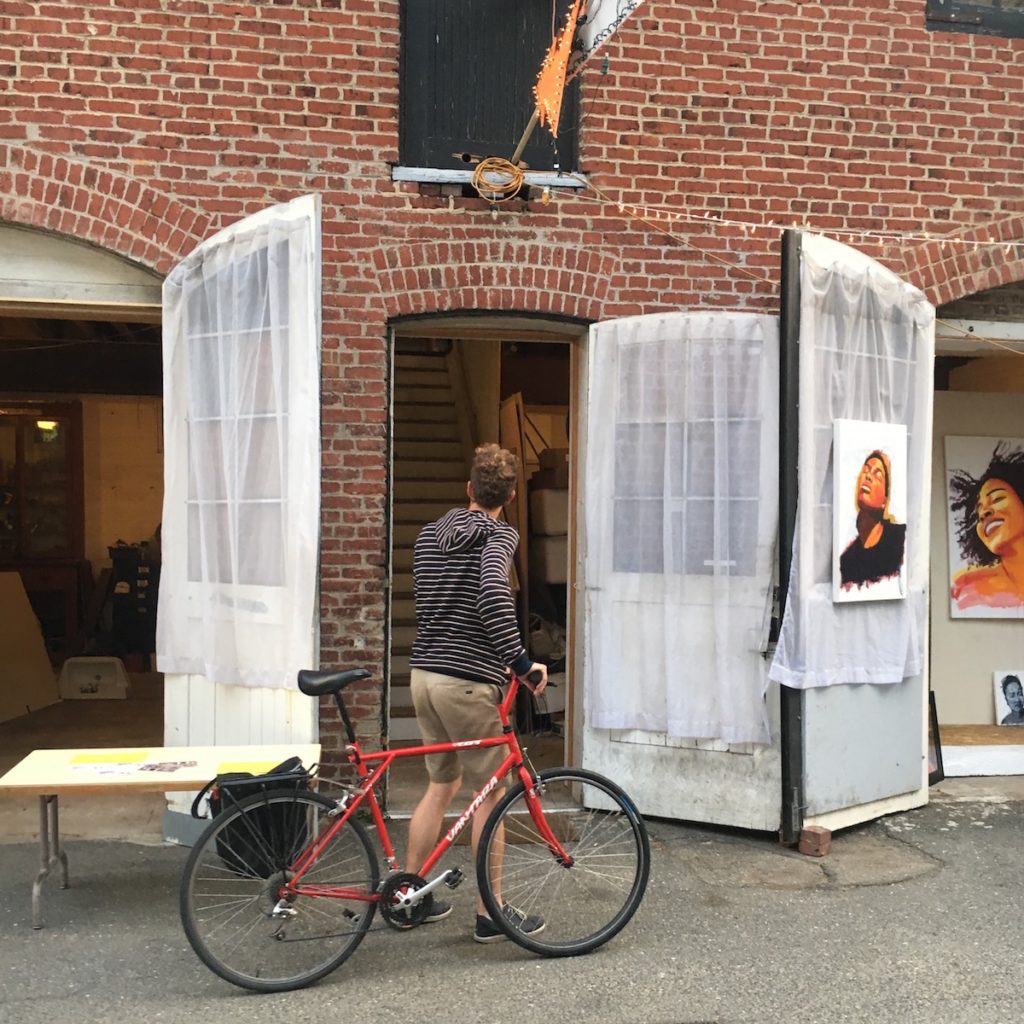 On Saturday, April 28, 2018 we attended Art in the Alley over in the Trinidad neighborhood of Washington, DC.

Launched in 2011, Art in the Alley celebrates local art in local spaces. Art in the Alley inspired by the confluence of the emergent arts scene in the Trinidad neighborhood of Washington, DC, a desire to build community through positive interaction with our neighbors, and an empowering Do-It-Yourself spirit.

The alley is located between the 1200 blocks of Florida Avenue and Morse St NE, in residential Trinidad, just blocks away from some spectacular art galleries and the H St – Atlas arts district. (Closest street address is 1150 Montello Ave NE, Washington, DC 20002)

We arrived promptly at 6pm and stayed the entire night (until 10pm).

Introverts: Here’s a trick for managing social anxiety at an event—arrive early! When you’re arrive before the crowd gets there, it’s a great opportunity to chat one-on-one with the artists and event organizers.

There were complimentary snacks and drinks for donation with proceeds going to support Art in the Alley. (Sorry for eating all of the Almond Joy!) Art in the Alley coordinated a deal with the bar at nearby Capital Fringe—all attendees received special happy hour prices.

The best part of Art in the Alley was touring Dwell, a Bohemian events space hidden in a carriage house. The entire building is self-sufficient complete with a rooftop water system. As we were leaving, DC indie band, The Cigarettes, was setting up for a show.

Best Part: In another true testament that Art in the Alley is a homegrown neighborhood event…we were standing around Dwell when someone offered us grilled chicken. He lives a few doors over and decided to bring a plate of chicken to Art in the Alley!