International Jazz Day at the Embassy of Switzerland 2018 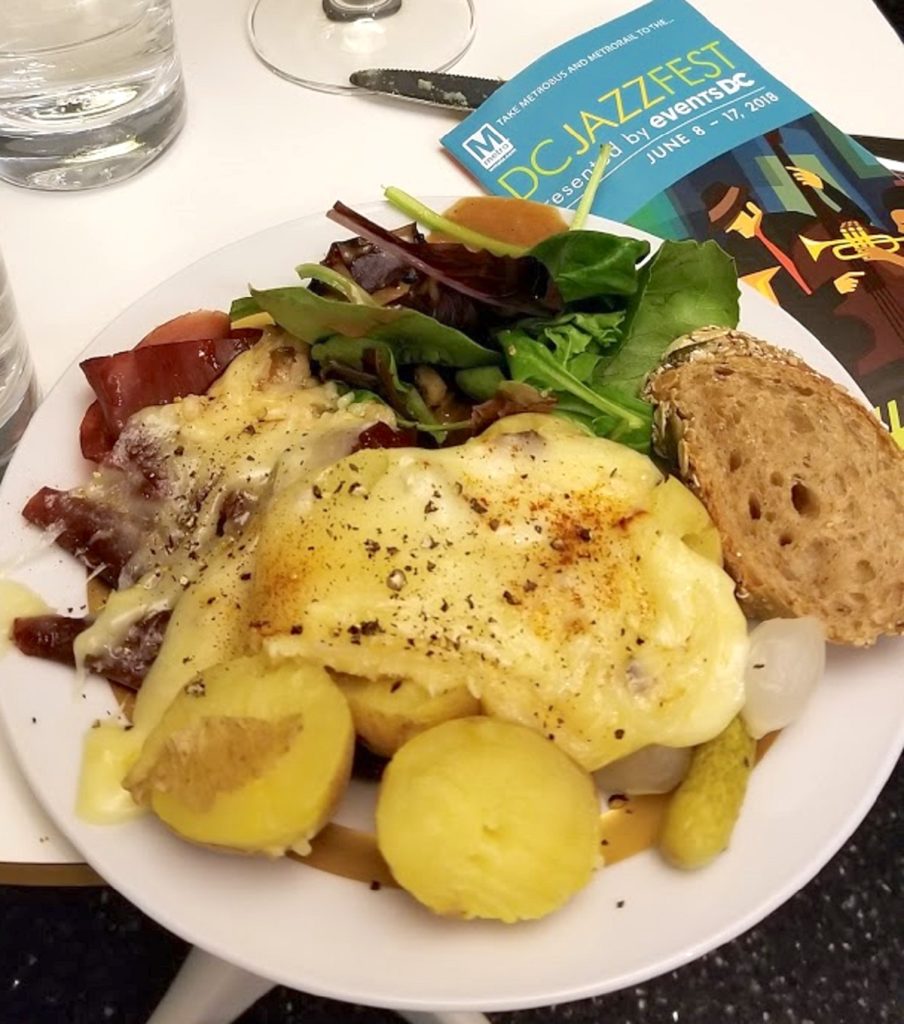 On Monday, April 30, 2018, we attended International Jazz Day at the Residence of the Swiss Ambassador, as a special event under the Charles Fishman Embassy Series.

The Charles Fishman Embassy Series event is presented by Events DC and is made possible thanks to the generous support of Linda and Michael Sonnereich and the Embassy of Switzerland in the United States of America.

The residence itself is gorgeous, sitting atop a hill with the back patio overlooking the Washington monument. After a cocktail hour of Swiss wine and whiskey sours called “Smoke on the water”, guests were escorted from the large residence lobby and were sat in a staged room. We were welcomed to the Embassy and International Jazz Day by the Events DC team and the spouse of the Swiss Ambassador, Mrs. Anita Dahinden. She informed us that the Ambassador was out on business travels. And that the Swiss tradition of support of Jazz runs deep, with prime example being the annual Montreux Jazz Festival in Switzerland, one of the biggest in the world. Cultural exchange always goes both ways!

The concert was opened by the String Queens, a trio started within Howard University’s School of Music. The headline of the evening was Grégoire Maret, a Swiss-born musician playing the harmonica alongside pianist and composer Romain Collin.

Grégoire Maret is a dynamic and virtuosic Swiss-born, New York-based harmonica player. Having been voted one of the top miscellaneous instrument winners in a critics poll, his guest appearances on recording sessions and concert stages expand that list to even more jaw-dropping proportions: Raul Midón, Jimmy Scott, Jacky Terrasson, Richard Bona, Sean Jones, Terri Lyne Carrington, Kurt Elling, Lionel Loueke, Mike Stern, and Charlie Hunter have all made use of Maret’s unmatched palette of color. More recently, he’s worked alongside some of the biggest names in music, including Sting, Prince, and Elton John at Stings’ The Concert for the Rainforest.

They started at a high-energy, jovial start, and became more emotive and complex as the show went on. The final song, Monsieur Maret had mentioned, was dedicated to a friend who had passed away. A show as expressive as it was, really inspires you to live fully!

The concert itself could have been the crescendo of the evening, however, it was followed by delicious Raclette! Heated by lamps, the melty hot cheese is scraped onto potatos and veggies and cold cuts. See description and visual demonstration below.

Few  dishes evoke the images of the Apline countryside more than raclette. The term raclette (derived from the French word racler, or “to scrape”), describes both the type of cheese used in the dish as well as the actual process of scraping off the melted part of the cheese wheel.

Traditionally, the cheese wheel is heated next to an open flame until it begins to melt, at which point the melted cheese is slowly scraped off the wheel and onto a plate. While cheese is the centerpiece of this dish, it is often served with small potatoes, gherkins, pickled onions, and dried meat. White wine or cherry brandy makes for a nice accompaniment. When served at home, slices of cheese are melted in small pans called coupelles, which are inserted into a table-top, electric grill.

Raclette is an interactive and social—it is meant to be shared with others. Perfect for a party with friends or after a long day on the ski slopes, this delectable dish is quintessentially Swiss.

For your own at-home raclette experience, we personally recommend this stainless-steel raclette machine.

Note: The Events DC team reminded the audience of the upcoming Embassy Chef Challenge, an event we at ChecklistDC agree is the event of the year not to miss! With over 30 embassies, each serving a bite and a drink, it is the ultimate night of international culinary exploration, without leaving DC!

Best Part: All the parts. Exploring the Ambassador’s Residence, the concert, and the experience of authentic raclette will all surely be memorable to us. Here’s to hoping they will host it again next year and please join the Circle of Friends in order to be invited to all of these special events!